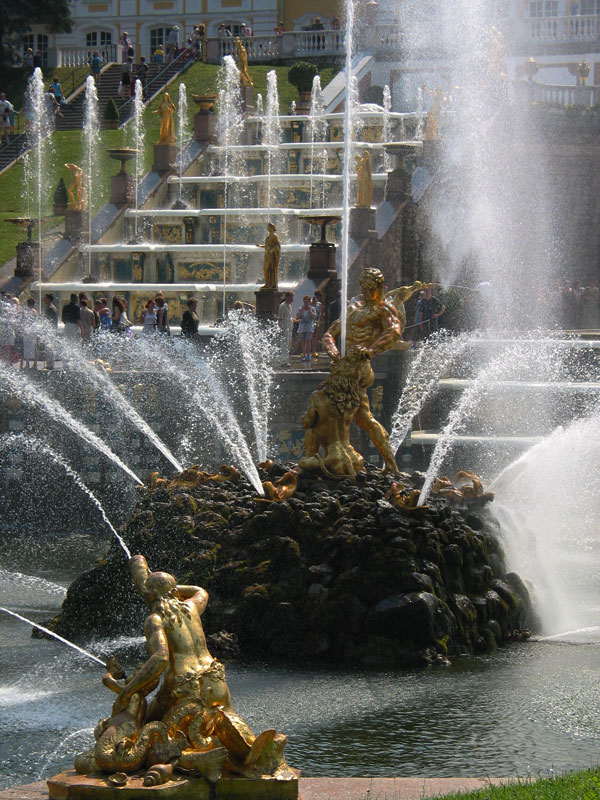 A walk up the path through the center of the Lower Park (along the Marine Canal) leads you to the famous Great Cascade. Running down the steep ridge separating the Lower Park and the Great Palace towering above, the cascade comprises three waterfalls, 64 fountains, and 37 gilt statues. The system of waterworks has remained virtually unchanged since 1721. The ducts and pipes convey water over a distance of some 20 km (12 mi). The centerpiece of the waterfalls is a gilt Samson rending the jaws of a lion, out of which a jet of water spurts into the air. The statue represents the 1709 Russian victory over the Swedes at Poltava on St. Samson’s day. The present figure is a meticulous replica of the original, which was carried away by the Germans during World War II. A small entrance halfway up the right-hand staircase (as you look at the palace above) leads to the grotto, where you can step out onto a terrace to get a bit closer to Samson before going inside to have a look under the waterworks.